The observation of gravitational waves in the early universe, a place called the cosmic microwave background, seems to have been an error. This represented the first direct evidence for gravitational waves in the B-mode polarization of the quantum fluctuations of the CMB. The oval view of the whole sky represents the plane of the Milky Way, which is our galaxy and spans across the center. The microwave fluctuations represent +/- 0.03% of the 2.7 degree Kelvin temperature in the very early universe right after hydrogen was born. 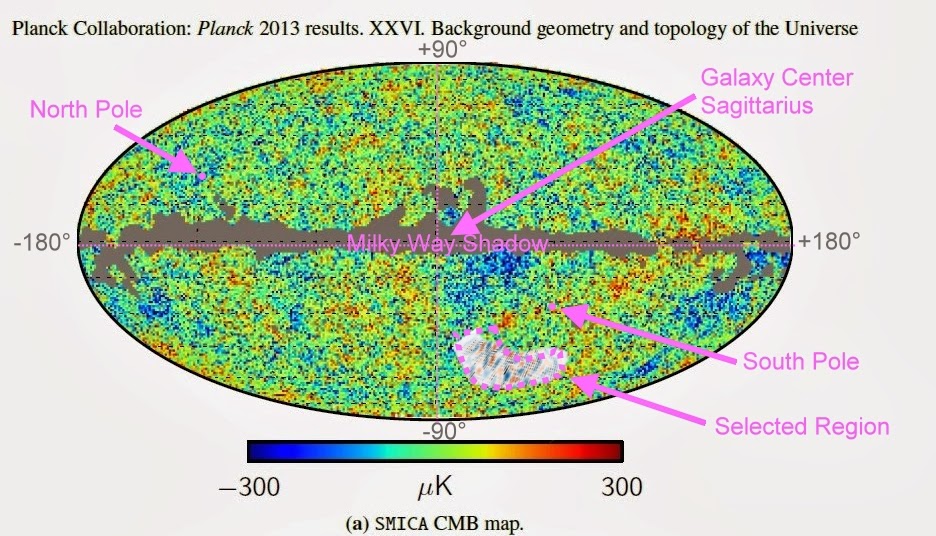 They have selected a region of the sky and looked at the polarization of these microwave fluctuations very carefully (see Carroll's blog or paper). These B-mode polarization waves shown below represent just 100 ppb of the 2.7 K CMB temperature, and can only be due to gravity waves and not to charge waves. The really amazing thing about this gravity wave polarization is not so much that it exists, it is that a gravity wave was this strong in the first place.

Gravity force is 1 part in 1e39th power of charge force in our neck of the woods, which is really, really small and makes gravity waves very, very difficult to observe in our galaxy or even in our nearby galaxies. However, the gravity wave in the CMB is just 0.2 or 1 part in five of the charge wave E-mode polarization that is due largely to charge force. So now science gets to explain why gravity force was only a factor of five different from charge force in the early universe, but hugely different now gravity force is only one part of ten to the 39th power that of charge force...this is very cool...