In our macroscopic reality, matter does not appear to exist in the same exact place at one time nor does the same matter appear to exist in more than one place at a time, either. Classically there are knowable precursors for every outcome in spite of the fact that we might not know those precursors because they might be hidden or otherwise obscured by noise. In other words, there is no classical limit to the precision of our knowledge of classical precursors despite the noise.

In our microscopic reality, though, matter can exist in the same exact place and time as other matter and the same matter can also exist in more than one place at a time as well. This is simply a consequence of quantum superposition and entanglement and does not violate causality. Thus there are still quantum precursors for every quantum outcome, but we may not be able to precisely know or measure those quantum precursors. Unlike the unlimited precision of classical knowledge, there is a discrete quantum limit to the precision of our knowledge of quantum precursors. 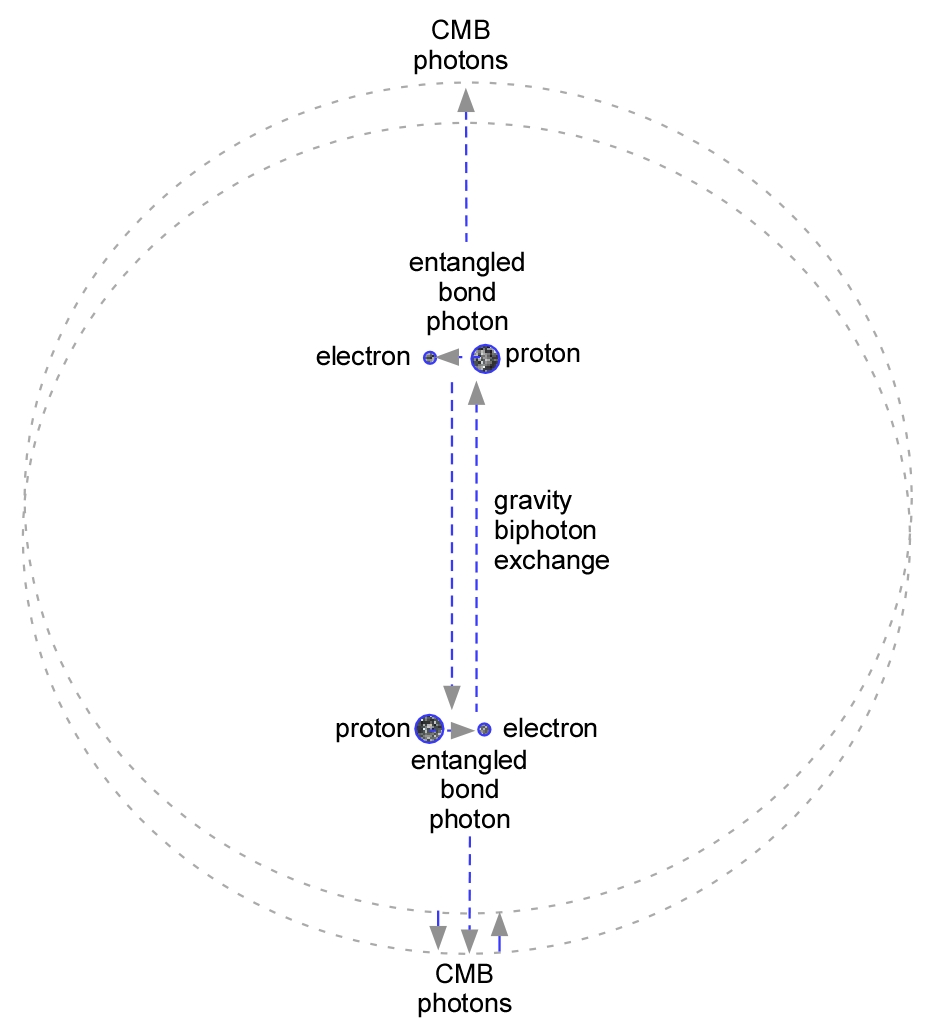 The quantum gravity biphoton reconciles classical determinate gravity relativity with the discrete uncertainties of quantum charge. While the photon-matter exchange of charge is necessarily quantum, biphoton-matter exchange is classical because of the entanglement and symmetry of quantum phase. Unlike the microscopic single photon exchange of charge with uncertain outcomes, the macroscopic biphoton exchange of gravity occurs with the determinate outcomes of universe change. The uncertainties of quantum gravity only show up at the scale of the universe while the uncertainties of atomic charge show up at the atomic scale.
Posted by steve agnew at 9:00 PM No comments: