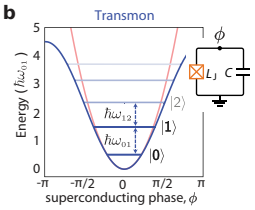 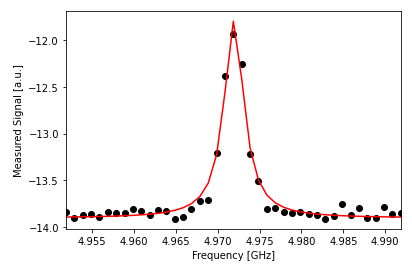 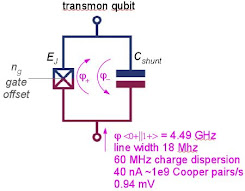 Spin as a Loop or 0-Brane String

Unlike a photon resonance between particles, which is a one dimensional D-brane string with Dirichlet boundary conditions, a particle spin has cyclic boundary conditions and so is a 0-brane loop string and not a D-brane string. Since particle spin dimensions do not map directly into 3D space and time, for quantum energy calculations, typically two dimensional Dirac spinors represent spin dimensions separately from 3D space and time. Given that spin resonance energies tend to be much smaller than other quantum orbit resonances, this spin-orbit separation of variables works very well for many energy calculations that include average spin.

When instantaneous quantum phase matching is important, though, the 0-brane loop string is then useful since it shows both mass and charge oscillation as a 0-brane loops as well as the three D-brane magnetic fibers that take a 4𝜋 rotation to return spin magnetic identity. The figure below shows how the spin D-brane fibers do not cross each other and therefore maintain their orthogonality.

The 0-brane spin resonance then matches the D-brane string resonance of the electron and proton for both electric and magnetic fields. There are many different short-lived D-brane resonances that make up the hydrogen atom states and it is only an average that gives a well-defined energy and radius for each state. 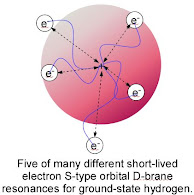 Since quantum phase matching is still an issue with the resonance of spin-orbit coupling, the 0-brane spin phase is useful for matching the D-brane orbital phase. In the first excited state of hydrogen, the coupling of the electron spin magnetism to the electron orbit magnetism results in the fine structure of the hydrogen spectrum. The figure shows three of the many different short-lived electron P-type orbital resonances. There is only a well-defined average electron energy and radius for the hydrogen fine structure. 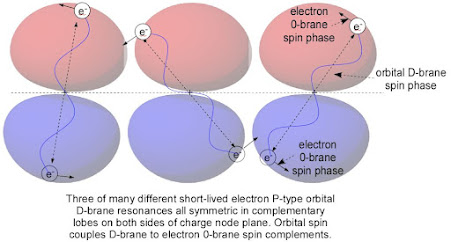 The brane formalism is therefore a very convenient way to show spin 0-brane spin resonance phase coupling with the very different D-branes of orbital resonances. In contrast, Dirac spinors show only the average spin-orbit coupling and do not show the instantaneous quantum phase matching of each QED brane resonance. The 0-brane to D-brane formalism shows the instantaneous phase matching of resonances that even wavefunctions do not represent very well.

Posted by steve agnew at 8:08 PM No comments: