The notion of quantum spin was first thought to emerge from a rotating charged particle rotation like  like an electron, since charged spheres were well know to induce classical magnetism. However, given the electron charge radius, the rotation velocity would be c/alpha, some 137 times the speed of light. Nevertheless, the notion of a spinning charge continues today as a simple explanation for quantum spin. 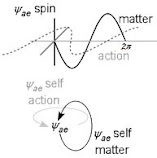 The Rydberg biphoton is the CMB emitted photon entangled with the hydrogen binding exchange photon. The biphoton provides a very small additional binding as compared with charge, but is significant for large neutral matter accretions like stars and planets.

The quantum gravity Hasse causal set diagram for the universe shows how space, time, and gravity all emerge from the sprinkling of random photon paths over 4𝜃 steradians of quantum phase.

No Space and No Time...How the Universe Really Works

No Space and No Time

How the Universe Really Works

This book describes a new reality of discrete aether decay and with the polar opposites of the chaos of discrete quantum aether versus the order of discrete quantum action. This is a really different reality from what most people and indeed from what mainstream science thinks. The universe of discrete quantum aether decay begins with the chaos of matter and evolves according to the order of action.
Instead of the notion of a big bang expanding with a continuous unidirectional time into a spacetime universe, the matter-action creation is of a large amount of very cold aether. Instead of the spacetime universe being just a little bit of matter and energy in a largely empty and continuous universe of space, the discrete aether universe is filled with the action of aether, which is both light and matter.
My notions of discrete aether began in 2006 and entangled my path with the very different paths of cosmology and grand unification. Discrete aether also includes a discussion of consciousness, neo-alchemy, and the archetypes of ancient religions. Not only are quantum charge and quantum gravity bonds important for reality, quantum free choice drives the social bonds and conflicts of civilization.
No Space and No Time at Amazon
There are 48 fantastic full color as well as 15 B/W figures and plots in 324 pp as both paperback and Kindle eBook... 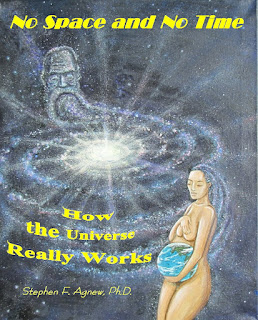 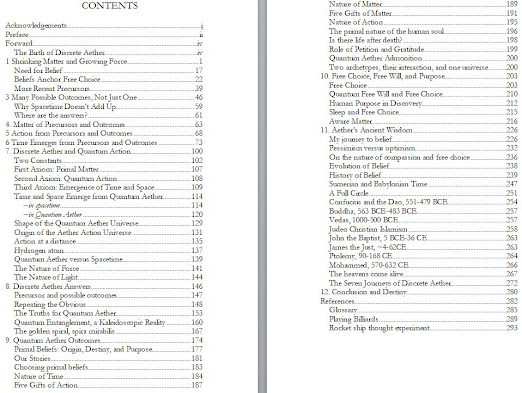 Posted by steve agnew at 5:51 AM No comments: