A cosmology that has quantum gravity shows a universe of ordinary matter that is only 1.1e-7 kg/kgAether, 8.7e-69 kg/aether, and 8.4e-61 kg.kgAether action contracting at the rate of 77 km/s. The matter-action quantum cosmology shows both a static gravity as well as a radiant vector gravity. The large scale CMB structures are consistent with radiant vector gravity. 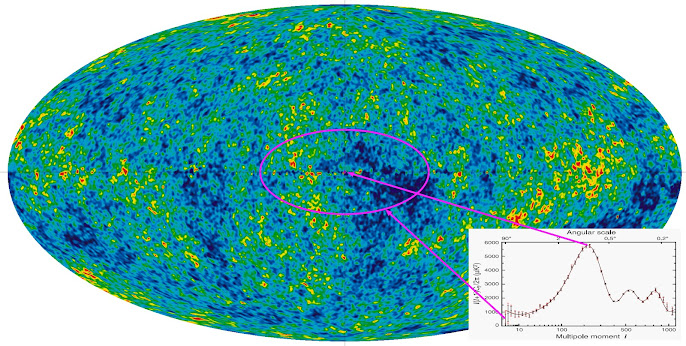 Posted by steve agnew at 9:31 AM No comments: