Observers and all of the sources they observe are made of the same charge and quantum phase noise that makes up all of the universe. A quantum observer necessarily exchanges matter and bonds with a source and that bond necessarily involves some amount of quantum phase coherence as well. That is, quantum observer phase becomes coherent with source phase and forms a superposition state that may decay away or even persist for billions of years. 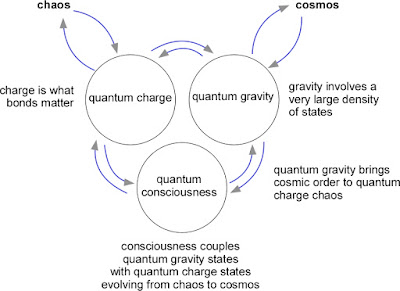 Consciousness in particular involves neural action potentials that choose gravity actions and those quantum choices are what make classical reality real for people. However, while classical observers readily see the causes and results of classical action, they do not always see or understand the causes and results of neural action. Why observers and animals make the choices that they do is not always apparent nor are all of the neural actions that result from memory of sensation but that do not immediately result in action.