There is a very nice presentation of Wittgenstein’s later religious views by Stephen Law in Aeon. Clearly Wittgenstein’s religious upbringing had a big impact on his philosophy as well as his morality. I have always liked Wittgenstein’s muse although he clearly espoused many contradictory views over the years. But what I like best is this: 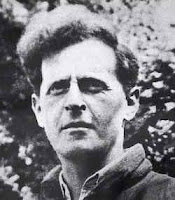 In fact, religion is more than a few statements of belief and the stories of the bible from which these statements arise are part of the grand narratives of civilization. Do not atheists also believe in the mystery of being just like religions? Without the unfounded beliefs of unconscious archetypes, there would be no consciousness and it is the unconscious archetypes of unfounded belief from which emotion, feeling, and free choice all emerge.

Our morality after all is fundamentally based on unfounded beliefs and the grand narratives, which include Wittgenstein as well as the bible along with a lot more, are stories or word games that show both the ideal of a desirable purpose as well as the potential malevolence of the human spirit, which is perfectly possible with reason. Reason and the tools of science, Wittgenstein rightly concludes, cannot provide all of precursors for outcomes and so there are some outcomes with precursors in which we must simply believe…


Comment from:
Stephen Law
Perhaps it’s true that we all have some unfounded core beliefs, and atheists and theists differ with respect to them. The fact that we all have unfounded core beliefs doesn’t necessarily put atheism and theism on an equal footing rationality-wise, however. Some theists insist atheism’s core assumptions are self refuting (‘Naturalism is self-defeating, while theism is not! (Plantinga)’).

However, the inverse is probably true. For example, if the atheist’s core belief is their senses are trustworthy, while the theists core belief is that God exists, and this in turn allows them to trust their senses (cos God is no deceiver). Theists then run into the problem that human behavior reveals ample evidence that their God cannot be all good since there is much evil in the world, while the atheist does not have that problem. In addition, belief in God is also less economical than no belief in God and so, arguably, Occam’s Razor favours atheism.

My comment...
Given that both atheists and theists have unfounded but different core beliefs, the next question is about whose morality is superior, i.e., which morality improves survival and reduces suffering and evil more than any other. Do atheists have a better morality from their pure reason by using the tools of science as opposed to the religious morality from the grand narratives of civilization and religion?

Since atheists derive their morality from the same grand narratives as religion, atheists cannot claim a morality that is any better than religious, merely equivalent. However, the nihilism and lack of purpose in atheism and existentialism can be very destructive. Atheists often simply claim that they distill the best morality and wisdom with reason from the grand narratives and then reject all of the mysticism, social structures, literature, art, and music as your Occam's razor statement that favors atheism. Atheists claim that reason and the tools of science provide a superior morality.

The tools of science, however, are not very useful for morality and atheism and secularity have not yet shown any semblance of institutions to replace or supplant the institutions of religion. In fact, secularism seems rather dull compared to literature, art, and music of religion and does not seem to prepare people for the inevitable suffering and misery that are often a part of life.

The atheist's core belief is that sensation is trustworthy but we know that there are many sensory illusions and most reality consciousness simply invents and ignores sensation. The basic unconscious archetypes of atheists and religion are both in place by the age of about 5 or 6 as the foundation of consciousness and memory. It is only much later in life that people use reason to then choose atheism or religion and then accept or deny what already exists as their morality archetypes.

History repeatedly shows that reason can and does readily subvert one morality when there is strong purpose with another morality. Hitler's Holocaust, Stalin's famine, Mao's famine, Pol Pot's Killing Fields, Ataturk's Armenian genocide, and so on were all malevolent outcomes done for moral purposes. It is here where atheism fails and religion succeeds. Over the last 2,000 or so years there have been many great narratives with highly resonant messages and some also have very deep flaws, like the class warfare of Marx's Das Kapital or the antisemitic racism of Hitler's Mein Kampf.

However, the malevolence of these grand narratives is not always immediately apparent until the outcomes of misery and suffering for tens of millions of people. Even though the narratives have all been around for 1,000 to 3,000 years, it is really only since the enlightenment of that last 400 years or so that civilization has seen their benefit. As a result, the progress of the last 100 years or so has been particularly remarkable for civilization, but we still have a ways to go before Earth and its actions are safe for our progeny.
Posted by steve agnew at 12:51 PM No comments: