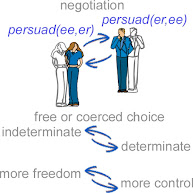 Science measures and predicts matter-action precursors and outcomes according to the principle of causation and Western Science and Religion were precursors for the emergence of the enlightenment of Science. However, the transcendent precursors of Judeo-Christian morals and ethics still provide the basic archetypes for the truths of science just as Science of the Enlightenment had knowable matter-action precursors and outcomes that then displaced many of the early transcendent precursors. Science showed precursors for plagues and famines that were not supernatural acts. As a result, Science now shows that our cosmic microwave background of deep space surrounds us the the knowable precursor of our cosmic microwave background creation. The CMB shine was the precursor to all the local outcomes that we now see in our deep dark sky at night.

However, Science cannot yet see through the CMB and measure any precursors to the CMB, and so a CMB precursor is therefore subject to many different transcendent beliefs, including religion. One narrative supposes that the CMB precursor was a singularity that suddenly, rapidly, and uniformly expanded matter, action, space, and time as a Big Bang with Inflation. Nevertheless, there still any number of further transcendent precursor beliefs for the CMB singularity since singularities have no meaning in either space and time or even in matter and action. 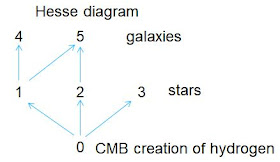 Posted by steve agnew at 2:46 PM No comments: