Let There Be Light

We only know about the universe because of our encounters with light and so we quite naturally think of light moving from sources to observers in rather straight determinate paths. Thoughts that observers and the universe somehow shrinks toward the light are already confused concepts because of the use of terms that presume space and time. When we interact with a photon of light from a source, for some very short quantum decay time our matter becomes part of the source and the source becomes part of us. Therefore that quantum phase decay time is a very important part of physical reality.

Photons in science are states of vacuum oscillators and those oscillators fill empty space with an infinity of ground state energies. Aether photons are also an oscillation, but now of the very large but finite number of aether particles that make up the universe. Aether does not fill the empty vacuum of space over time but instead our notions of space and time emerge from the oscillation and decay of aether particle phase.

Ancient warrior stories like that of Achilles in Homer's Iliad involve three different periods. The period of the Trojan war some 3200 years ago, some 400 years after the Trojan war 2800 years ago when Homer wrote his story, and today, when people still read and retell Achilles warrior stories like they happened yesterday. A recent essay in Aeon goes into much detail about Achilles' honor and propitiation where honor means redressing insult with anger by killing and pillage and propitiate means gaining the good will of the gods, usually also by killing and pillage but also by compassion and friendship within your own warrior culture. In modern times people still retell these ancient warrior stories and therefore in some sense continue to perpetuate these stories. 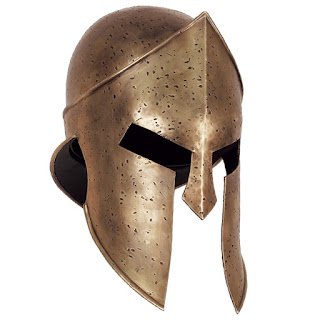 The Aeon essay retells stories about the brutality of warriors like Achilles, but also relates the compassion and friendship within Achilles' warrior culture. It really is not that clear that honor and propitiation are much more than justification for the angry selfishness of killing and pillage of one group by another group...or is it purely defense? Really, there are a large number of justifications for the selfish killing and pillage of war but the main one always seems to be competition for limited resources and a desire to acquire wealth and power, whether defensive or offensive. After all, the defense of one's own property and life is also the provenience of the warrior.

Civilization today faces yet another paroxysm of warrior stories driven by a different ideology than Achilles, but with much the same result...lots of people die with lots of property destroyed or taken from them by warriors for one reason or another. There seems to be issues with honor today as well as propitiation driving today's warrior cultures, and yet the essay does not draw the obvious comparisons of warrior stories of the past with those of today.

It seems that this retelling of Achilles' warrior stories after 2800 years avoids the obvious comparisons to the warrior stories of today. Killing for insult out of anger takes lives and property and fulfills one group's selfishness while sharing of the spoils and cooperation fulfills another group's compassion. However, only a very small fraction of people are part of today's warrior stories and the rest of us just read and repeat stories we hear from storytellers.

The obvious follow-on issue is the continuing desire of civilization to retell these ancient stories in all of their guises and therefore provide the seed for future warrior paroxysms. After all, people retell the stories that move them and forget the stories that do not move them. In a sense, the continuing popularity of warrior stories reflects a fundamental dynamic between compassion and selfishness that is as valid today as it was for Homer in his Achilles.

Wars then are not really an aberration of human nature but war is a part of human nature and warriors provide just another way for civilization to redistribute limited resources among different peoples with different ideologies. As civilization advances now to 7 billion people, it is clear that the warrior cults are a very small fraction of people but still a large number of people like to hear and retell warrior stories. Warrior stories still persist today because there are still limited resources and therefore conflicts among ideologies and warriors still one way to reallocate resources and power by killing and pillage.
Posted by steve agnew at 9:45 PM No comments: