Instead of a big bang, the discrete matter and action universe decoheres from its precursor antiverse expansion and the decoherence rate is what drives both charge and gravity forces in the shrinking or collapsing epoch of decoherence. The current decoherence rate is 0.255 ppb/yr, which is about 9.6% per Byr matter decay and force growth and means that the current universe is only about 81% of the mass of when decoherence began at creation but the speed of light at creation was zero. The ratio of the time size of the universe to the time size of the hydrogen atom represents the ratio of charge to gravity forces and force also evolves along with universe decoherence. 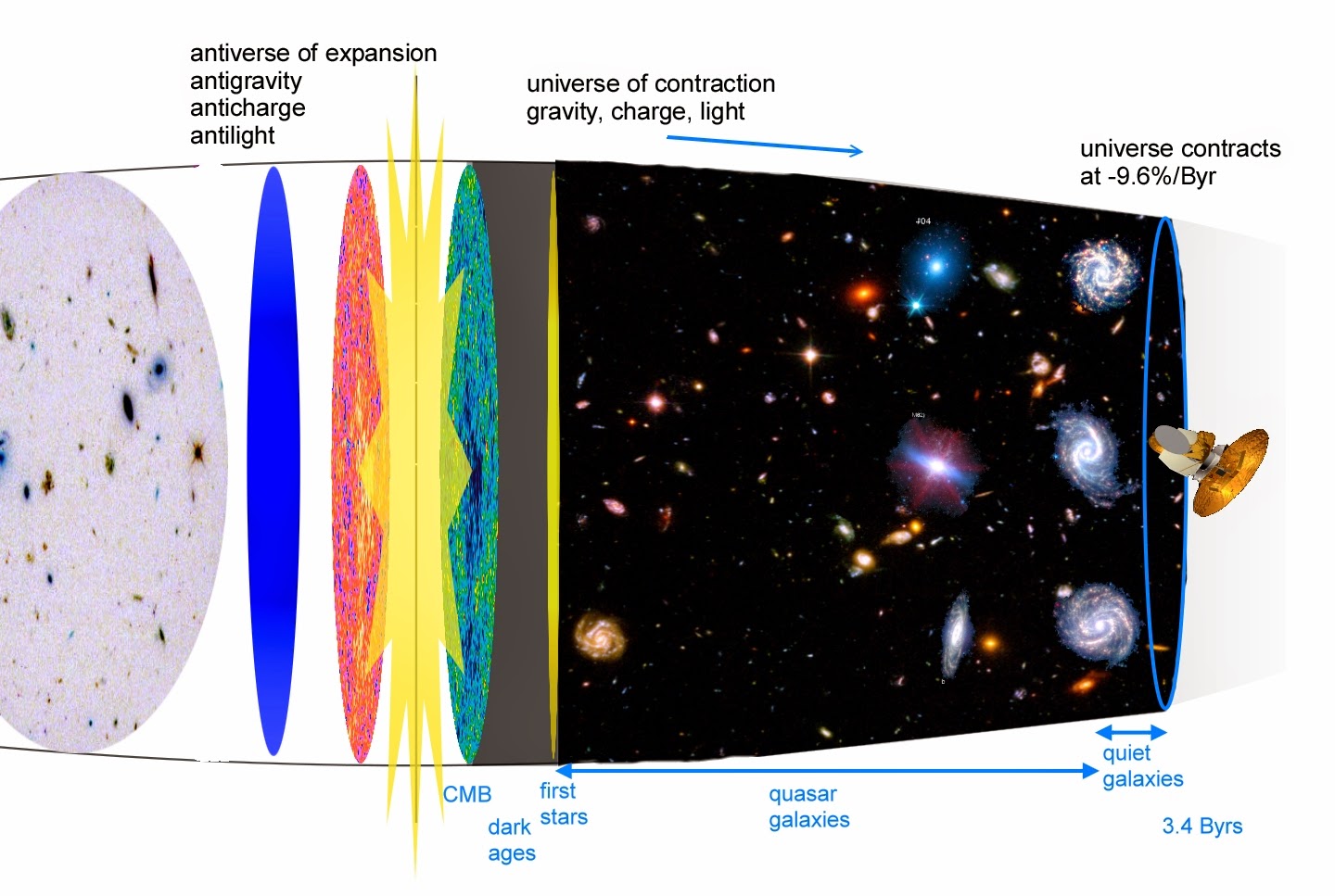 So the very latest decoherence would show the accelerating collapse of 6.3e35 W/Mpc3/Byr, not just 0.63e35, which is 50% over 2 Byrs. The dephasing of discrete aether shows this decoherence is actually due to universe shrinkage and not expansion, but the time delays are not the same between expanding and shrinking universes. It is fun to suppose that this measure of universe decay is consistent with an aether decoherence that drives all force. The universe actually decoheres at -9.6%/Byr, but the universe decoherence presumes a constant c, which doubles the apparent matter decay to -19%/Byr.
Posted by steve agnew at 10:05 AM No comments: