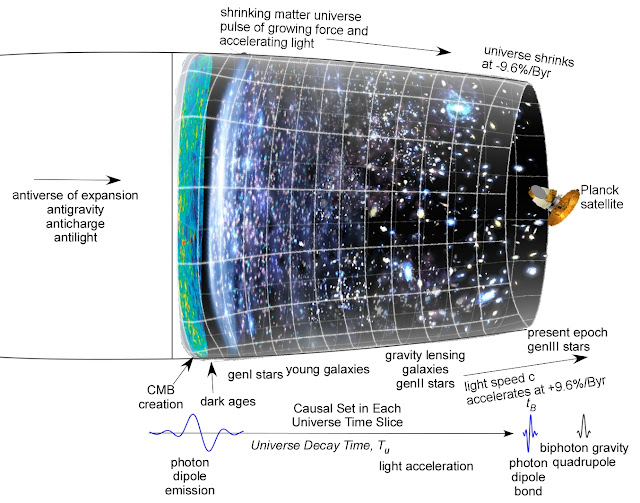 Light accelerates over universe time and so atomic time also accelerates over universe time and and that acceleration unifies charge and gravity into a common matter action causal set. Light acceleration is completely consistent with gravity relativity since both space and atom time emerge from matter action. Gravity is an exchange of biphoton quadrupoles just like charge is an exchange of photon dipoles.
Posted by steve agnew at 9:56 AM No comments: