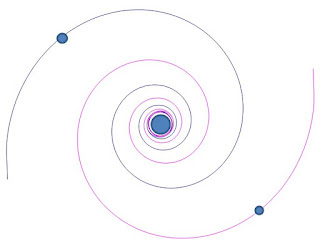 Charge force is then a particular resonance between the electron and proton biphoton that satisfies the quantum action of the Schrödinger equation and h/c2. The Rydberg biphoton is the archetype of the universe and forms the inner and outer forces that science calls charge and gravity. While the Rydberg photon emitted at the CMB creation is responsible for gravity, the Rydberg photon exchange is the bond between an electron and proton in hydrogen.
Posted by steve agnew at 8:02 AM